Lyme is not only a small green citrus fruit 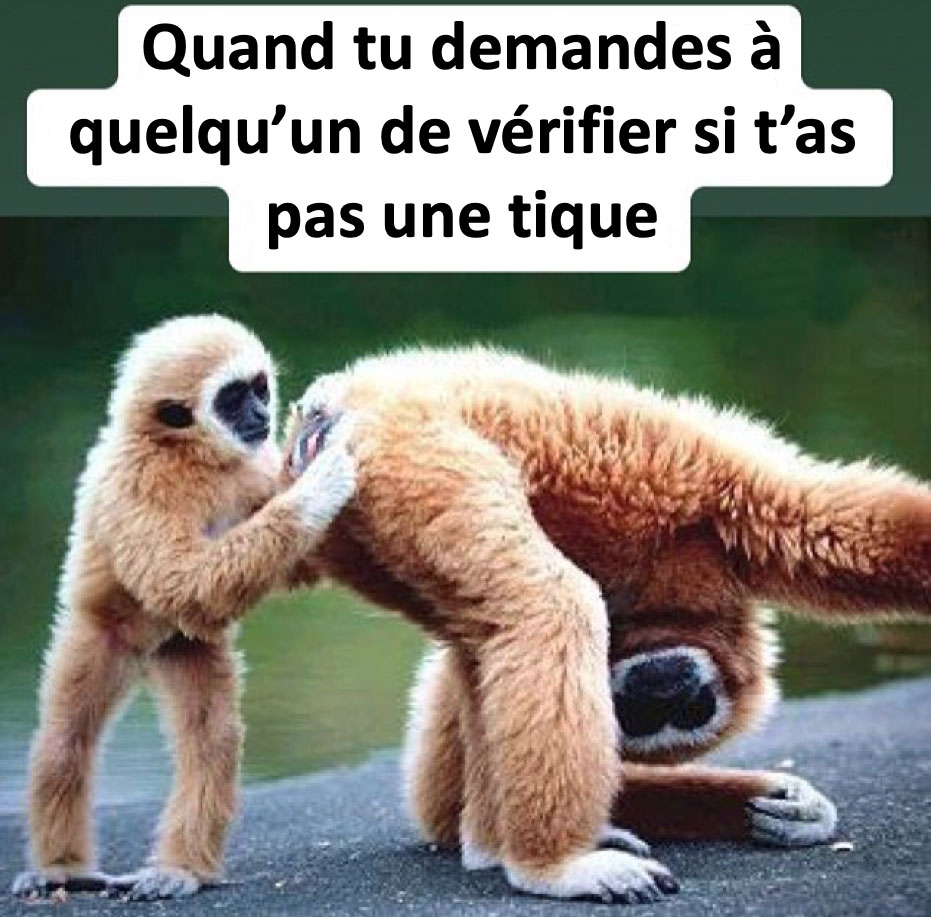 Oh winter! In the cycle of seasons, winter in Quebec occupies a special place. It is often a time of renewal, reflection, family reunions, heated card games, but above all, a remarkable “hola” to the various parasites in pets. Indeed, when polar temperatures settle in, some animals hibernate, others overwinter and finally, some hardliners, who have developed a range of protection in extreme cold, remain active during winter.

Double and even triple hair; down, feathers and water-repellent substances; monstrous fat layers; behavioral and metabolic adjustments to preserve and produce heat… the variety of nature’s tricks that allow these animals to survive the cold weather is proportional to the multitude of individuals that constitute it. Insects do not escape the rule and compete for adaptations to survive the winter temperatures. This is the case, among others, for ticks, which thaw and resume their activities as soon as the atmospheric temperature passes the 4 degrees Celsius mark. Even buried in the snow in the month of December, the tick will climb out of the snow to the end of its blade of grass in order to feed. And if Fido is passing by, he will act like a home delivered meal and could suddenly catch Lyme disease in the middle of winter.

Times are changing. So is the weather.

Historically, winter was a purge or at least a downtime for many parasites. It allowed us to no longer worry about these invaders for a minimum of five months a year. Truth is, during the cold season, fleas, intestinal worms, ticks or mosquitoes are not a concern anymore as most of them will spend winter sleeping, well frozen, as larva, eggs or adults. But beware! What applied in our grandparents’ time has undergone a serious change since the beginning of the 20th century, and by that I mean global warming.

Thus, through the years of climatic pomp, a small and particularly dangerous invader has gradually been introduced in Quebec and in some other provinces of Canada: the deer tick (Ixodes scapularis)[1]. Carrier of Lyme disease (Borrelia burgdorferi sensu stricto), it can infect all mammals such as dogs, cats, deer, mice and… humans, causing an impressive array of symptoms that can range from simple joint pain to kidney failure and even encephalitis.

How does it get to humans?

In recent years, the prevalence of Lyme disease in unvaccinated dogs in areas where it is present has risen to 75%[2] making it one of the top infectious canine diseases. Let’s be clear, the deer tick in Quebec is the only organism capable of transmitting Lyme disease. So you cannot catch this disease through your dog or cat; it is transmitted only by the tick itself. On the other hand, dogs and cats can easily be used as “transport vessels” for an infected tick and, for example, bring it into your yard where you and your family could be playing in the grass without suspecting the presence of the invader.

So, first, there used to be almost no ticks in Quebec during winter since it was too cold. Then, the season has spread considerably over the calendar. It is now common to notice in full December temperatures of 10 or even 15 degrees Celsius. Thus, the season against ticks now extends from March to December, leaving us a meager respite of two months (January and February) over the five months period historically dedicated to winter conditions.

The fight against this disease is therefore done in two steps: first, through the annual vaccination of your dog against Lyme disease and second, through the elimination of ticks per se by the administration of anti-tick products to your dog and cat for at least 10 months per year. My advice: protect your family by protecting your dog and cat. Talk to your WIZOO medical team who will guide you in your protection choices.